Why should you come to Santiago?

Santiago is the capital of Chile, a country located west of the Southern Cone of South America. The question is why coming here? Is it interesting? Does it have anything that I’m interested about? Is it safe? We’ll be covering all these questions later on. Right now, I’m going to show you what’s interesting about the city.

Chile is a nature focused destination for people from all around the world that’s growing every year. A few years ago, while still being a fun place to visit, Chile’s tourism industry wasn’t developed enough. Santiago as a big city has lots of things to offer to its visitors.

There are a few reasons to visit Santiago:

A modern metropoli with history! 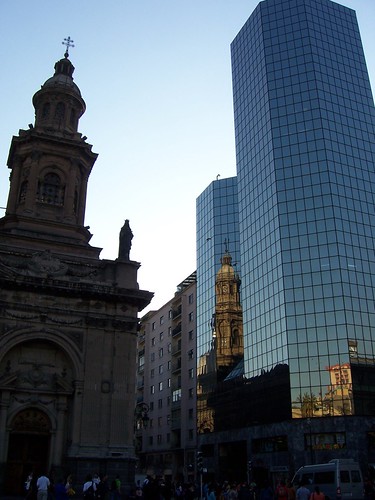 Santiago was officially founded in 1541 by Pedro de Valdivia, it’s history begins way back in time in the arrival of the mapuche and the subsequent Inca invasion whose ruins have been found not long  ago. A few buildings from colonial times remain with some changes like the San Francisco church even though earthquakes have made it difficult to keep older buildings up. You can appreciate a city that has changed from the middle of the past millenia like the European styled palaces in Santiago (which I’ll cover soon) to the newer and modern skyscrappers, particularly in Providencia/Las Condes where Costanera Center is located, one of the tallest buildings in Latin America.

Santiago has witnessed different cultures, confrontations, constructions, the evolution of parks and the development of newer and safer means of transportation where you can get everything you need from a fancy dinner in a luxury 5 stars hotel to a cheap but lively lodging in one of the dozens of hostels around the most touristic areas of the city (Santiago and Providencia are the most important ones).

I wanna make a detailed post about the history of the city soon. 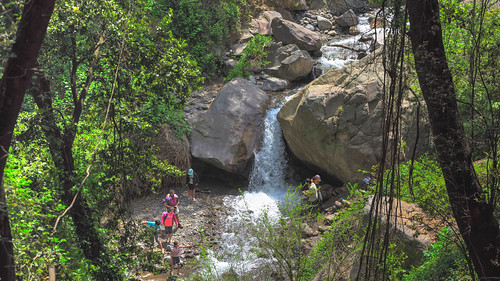 As Chile is a narrow country, Santiago with its privileged location allows you to do trekking in the near mountains of the Central Andes and go to the beach in less than 2 hours. You can go to a vineyard and also experience the snow in a ski resort nearby. All of that in very short time thanks to its modern infrastructure.  Places that you should keep in mind while planning your trip if you’re more nature focused are: Farellones (ski resorts), San José de Maipo (ski resort Lagunillas and trekking), Las Condes (Aguas de Ramón Natural Park, trekking routes), La Reina (Mahuida Park, trekking routes) Olmué (La Campana National Park), Valparaíso (another city and home for Lago Peñuelas National Park at less than 2 hours driving or by bus). Most of these destinations are available through public transportation or interregional bus services but you can rent a car if you so wish.

Also the city has a beautiful view of the mountains, more visible from the eastern side of the city and especially in the Southern Hemisphere summer (but it’s great to see it snowy in the fall/winter season). Not to mention the beauty of Santa Lucia and San Cristobal Hill (the most typical Santiago park).

The weather is amazing 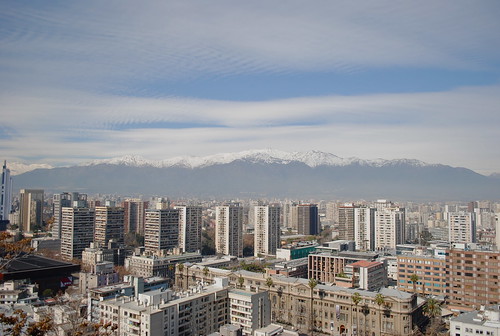 Santiago is located way south of the tropic and east of the Andes Mountains like most of Chile. At its latitude this means a weather light in rain (which usually happen in the colder months) and warm but merciful days. Santiago can be dry and hot during the summer but it gets colder in the evenings, making it great to go to a bar, just stay outside or even sleep without feeling too warm to reach the state of somnolence.  This is due to the effect of the Humboldt Current from the coast which reaches the city later in the evening.

Still as we all know the effects of the climate change could affect the weather everywhere so what are you waiting for? 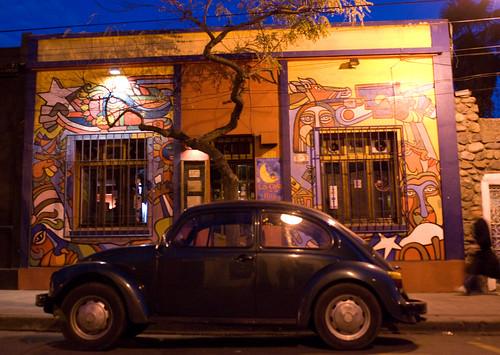 You can find pubs, bars and clubs everywhere although the most touristy ones might be the ones in the downtown and Providencia (the commune east of it). You should be acquainted with names like “Bellavista”, “Orrego Luco”, “Suecia” or “Manuel Montt” where most of the bars are at. Drinks are fairly priced and you can find drinks from all over the world. On top of that, Santiago is a safe city for the most part so you don’t have to worry about being mugged. Safety is always a concern in every area, especially near nightlife neighborhoods where alcohol and drugs can be seen. Just take reasonable precautions you’d take in any big city and you’ll be alright.

Santiago is already a cosmopolitan city so you can find other travellers or residents who come from other parts of Latin America and the Northern Hemisphere. Also, most people will be friendly and curious about your country so it’s easy to start a conversation. If you need to find people to party with you can always use Meeting.com or the Tinder app. 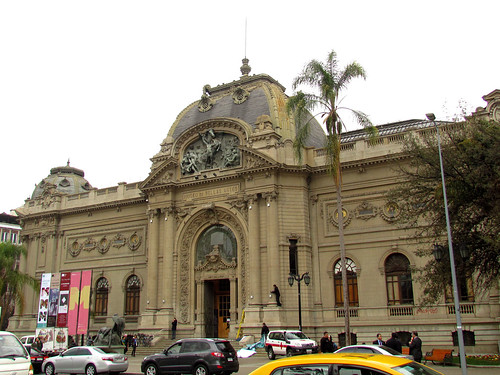 Santiago is unbeatable in terms of art and cultural activities in Chile and nearby cities in other countries. You can experience part of our history in the National History Museum as well as the history of our predecessors in the Precolumbian Museum and also the more recent events that still divide many people in the Memory and Human Rights Museum. If what you want to do is to see a play, a dance performance, or an exhibition, GAM (Cultural Center Gabriela Mistral in Universidad Católica station) is your place to go but it’s far from the only one. Matucana 100 (in front of the Santiago Library and close to the Human Rights Museum) is a great place to see plays and dance performances. You can see the new exhibitions that are brought to Santiago every few months also on CCPLM (Centro Cultural Palacio La Moneda) where you can also see art movies and documentaries. Most plays and movies are performed or shown in Spanish, though. If what you wanna see is art, go visit at least once in your life the Fine Arts Museum and the neighbouring Contemporary Arts Museum. There are many many more. Just remember that public museums and libraries are closed in Mondays!

If you wanna learn Spanish, Chilean Spanish can be hard but you can also find someone to teach you the language in the Spanish schools and also by using Poliglota.org to find a group to meet people and exchange your language for Spanish in a convo with a new person.

I’ll be trying to cover most of the relevant events that are coming in the future in terms of concerts as well as music events and massive entertainment events.

It’s a big city, located in the best place weatherwise, as safe as it can be, with a great nightlife scene and cultural activities. What are you waiting for to plan you trip? Also, the people are really friendly (I’m talking to you Americans).

Any questions down below in the comments section 🙂

See  you in the next article!

This site uses Akismet to reduce spam. Learn how your comment data is processed.